Recaps from varsity athletic events from Oct. 6 through Oct. 12.

The Bishop’s School athletic administrators and coaches view our fans as an integral part of our students’ overall athletic experience. School spirit and team support at games, matches and races has never been better. Our teams recognize, appreciate and thank you for this support.

The partnership between the School and its fans is critical to a safe, fun and positive experience. We ask all fans to be mindful of the School’s core values when attending athletic events:

Thank you for joining us in modeling good sportsmanship to opposing schools, student-athletes and game officials.

Upper School CIF winter sports officially start on November 6.  Below are the start dates for each sport.  Programs typically train or play four-to-six days a week during the season. Please email the head coach for more detailed schedule information because some programs will train over school breaks and holidays.  All winter sports athletes must have a sports physical dated after June 1, 2021 and be cleared on athleticclearance.com to be able to participate in tryouts.  Athletic Clearance Directions 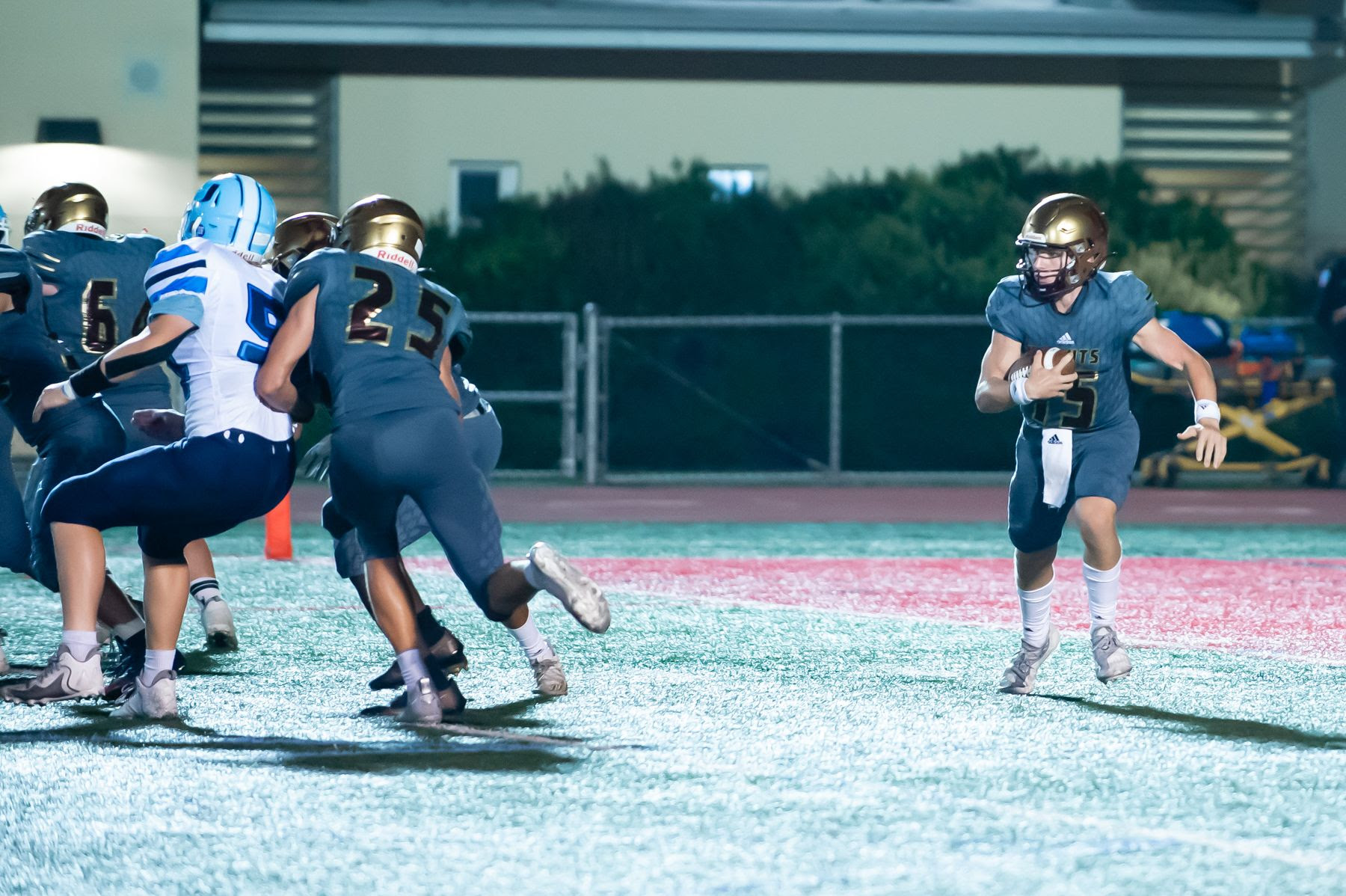 Knights Football coasted to a 55-6 victory on October 8 over perennial rival Francis Parker.

After blocking a field goal attempt, the Knights' offense proceeded down the field and capped the drive off with a Will Fierro '23-to-Raynall Thornton '23 touchdown pass.

A quick turnover by the defense was quickly followed by another Thornton touchdown. Xavier Rodriguez '23 got in on the scoring with a rushing touchdown of his own, before Thornton found pay dirt for a third and fourth time, capping off an amazing performance.

The second half saw two defensive touchdowns by the Knights. Jaden Moore '23 and Hewitt Watkins '23 intercepted the Parker quarterback and returned them both for scores.

An important note from Friday night: Tyler Boynton '24 started on both the offensive and defensive line before lining up at running back and taking a handoff 41 yards to the house!

The Knights look to improve on their 5-2 record this week at Tri-City Christian on Friday, Oct. 15 at 7 p.m.

The Knights will finish Coastal League play on Thursday vs. Santa Fe Christian at La Costa. 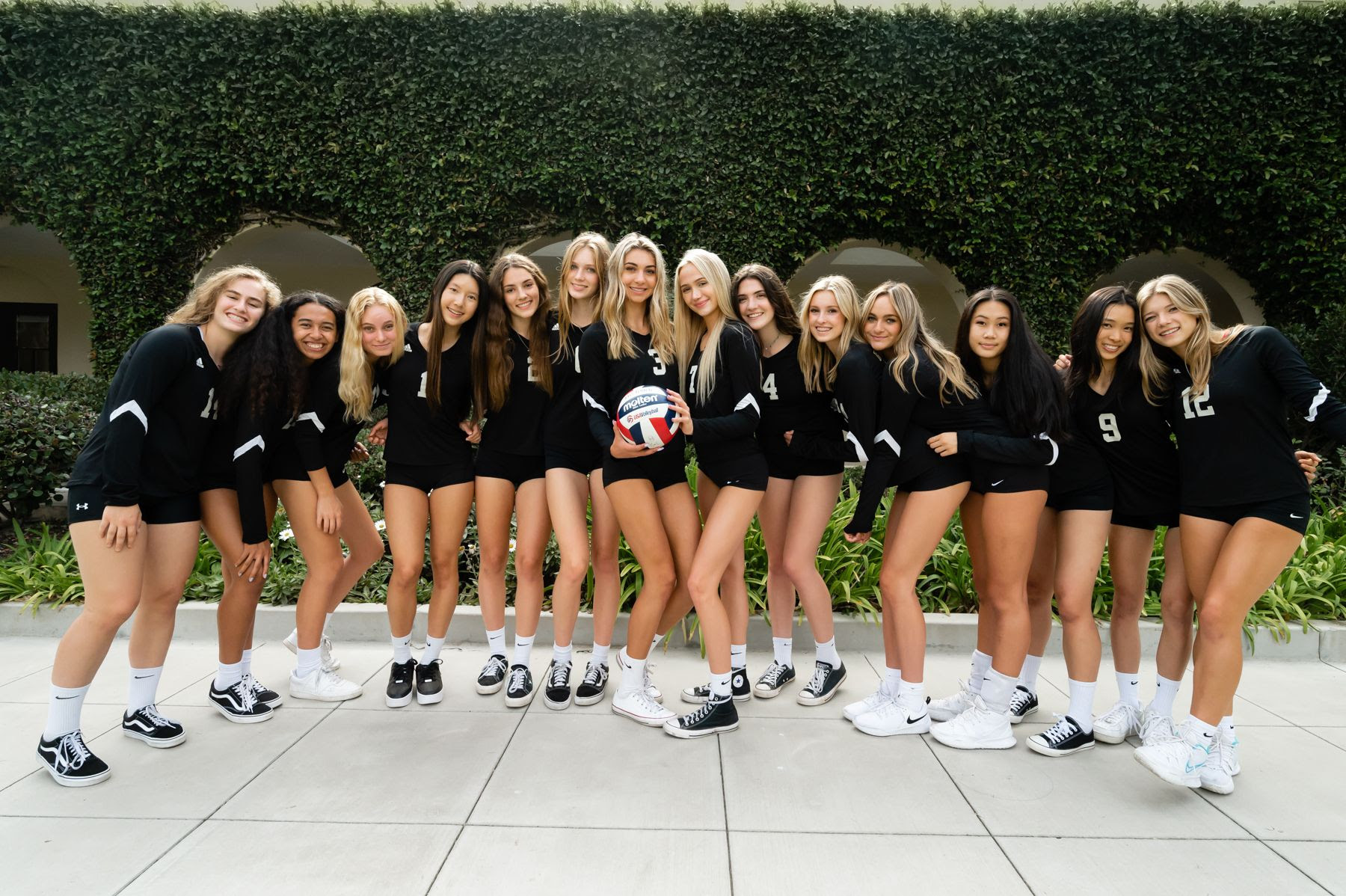 The Knights' offensive load was carried by Brynne Faltinsky '22 and Kaia Grieve '24. Faltinsky and Grieve had 14 and 12 kills respectively. Matsa Shi '24 added her own offense with five aces and picked up 10 digs. Ashley Sottosanti '22 checked in with six kills.

Setter Nalani Muniz '24 had 33 assists and Sydney Bold '23 closed out the match with nine digs.

Freshmen Natalie Marvin and Laine Jeffery each scored a goal. Classmate Shyla Gupta scored her first goal of the season off an assist from Laine. Reagan Kilber '24 added an assist and goalie Macy Haro '23 kept the ball out of the cage with quick saves and long clears. 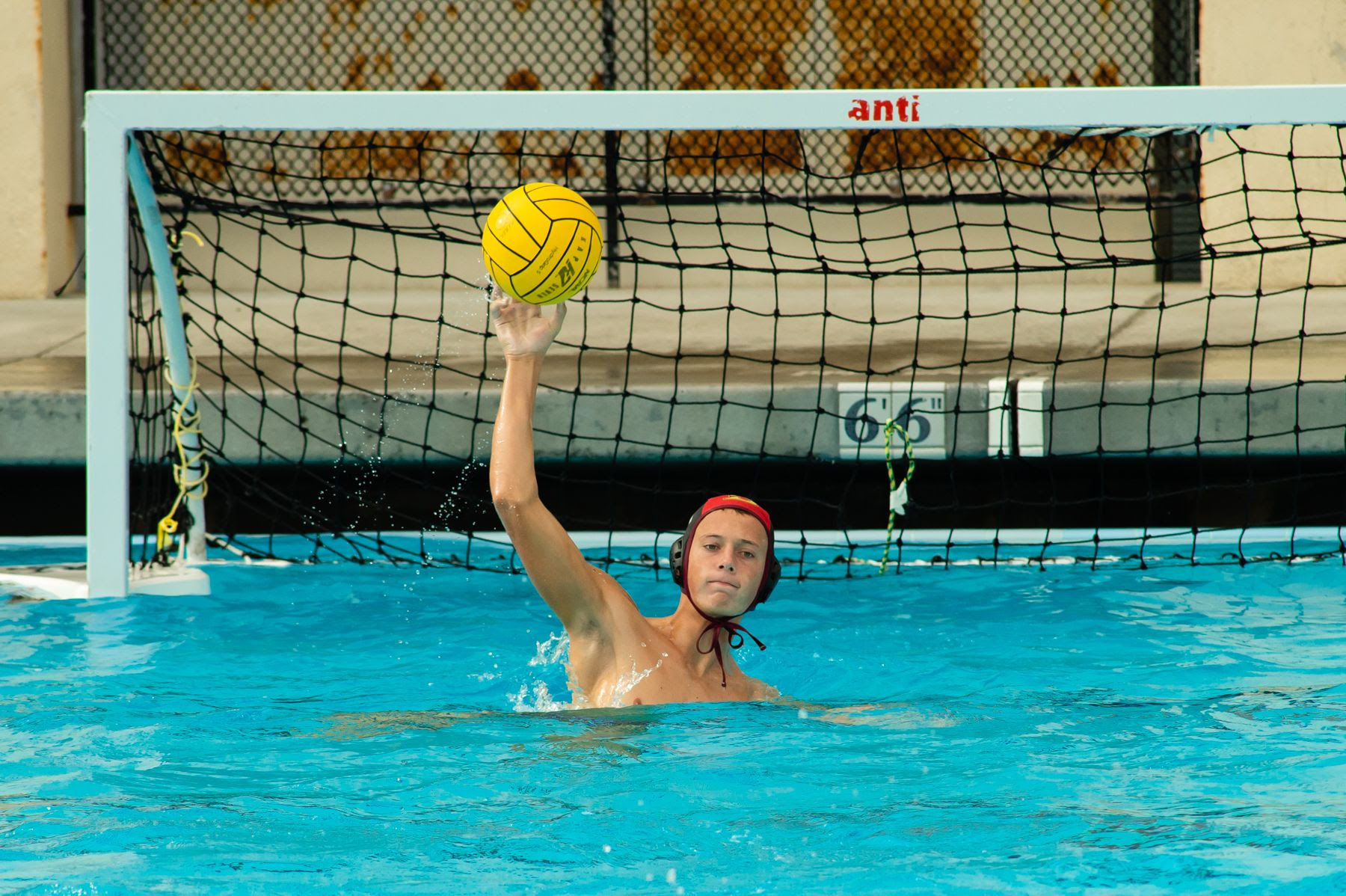 On Oct. 5, boys’ water polo traveled to Cathedral Catholic for their first Western League game of the year. As always, the atmosphere was electric from the first whistle and it got even more exciting as Cathedral’s football team watched from the bleachers.

The Knights started out strong, taking a 3-2 first quarter lead and a 5-4 halftime score. Going into the fourth quarter, the Knights had a 9-7 lead but the Dons came out strong and tied the game at 11 to take the game into overtime.

CCHS struck first on a penalty shot goal in the first three-minute OT. In the second OT, Chase Landa ’23 tied it up with a nice bar in goal from way outside to send the game to sudden victory OT.

On the second play of the third OT, senior Mark Stone connected on a backhand shot to give the Knights a hard-fought 13-12 win.

The team then traveled to Oaks Christian to compete in the prestigious Elite 12 Water Polo Tournament from Oct. 7-9, where they finished ninth after going 3-2.

On Oct. 7, we faced Oaks Christian, where we fell 13-10 after getting off to a slow start. The team was led in scoring by freshmen Charlie Martin (3) and Caspar Lightner (2). Sophomore Ryan Arrowsmith had a good game with a goal and two assists.

The next day, Bishop’s played Junipero Serra and Buchanan. Against JSerra, the Knights played a tough first half, but went down 5-4. Lukas scored two goals early to help keep pace. We then were outscored 4-1 in the third quarter. We let the game slip away in the fourth, losing 14-7. Garrett Johnson had two goals while Justin Stone ’24, Chase Landa and Max Stone each chipped in a goal.

The Knights’ game against Buchanan was an 18-6 win that saw 11 players get on the scoreboard. The team was led by Mark Stone’s three goals. Justin Stone, Ryan Arrowsmith, Jackson Woolfolk ’23 and Caspar Lightner had two goals apiece. Six other players also scored.

On the final day of the tournament, the Knights took on Northern California powerhouse Miramonte and came away with an impressive 11-5 victory. The Knights got goals from seven different players, led by Mark Stone’s three and two each from Garrett and Chase. Also scoring was Alex Zarcu, Lukas, Max and Alex Goldman ’23.

In their final game of the tournament, the boys stayed on track and played strong against a tough Santa Barbara team, winning 13-8. The Knights were led by Jaxon Leach’s seven saves. Garrett dropped in five goals. Alex, Justin and Chase scored twice each while Mark and Alex added a goal each. 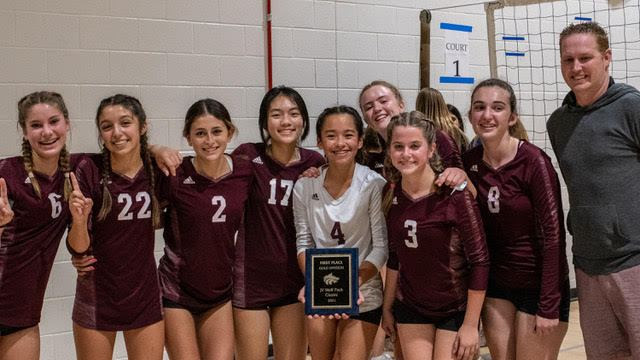 The Knights beat the Mission Bay Buccaneers in the final match to bring home the Gold Division championship trophy.

Girls' JV Volleyball is halfway through their Coastal League season and holds a 3-1 record. The Knights have beaten Santa Fe Christian, Francis Parker and Maranatha to open the first round of league play.