Matsa Shi '24 had six aces during the match, played phenomenal defense (11 digs) and was consistent passing all night.

Bishop’s heads to Phoenix this week to play in the Nike Tournament and will face some of the top teams in the country. The Field Hockey program is currently ranked among the top 10 of San Diego's Division 1 teams.

Varsity started off the week with an incredible fast-paced game against Rancho Bernardo where the Knights persevered with a 2-0 victory. The first goal came late in the third quarter by Nicola Xanthopoulos '23 off a corner and the second one came in the fourth by senior captain Yasmin Henderson, also off a corner. Senior goalkeeper Maggie Johnson had 14 saves, including an aerial save in the fourth quarter which was key to the game's intensity and drive.

This weekend, the team placed third at the Helix Tournament. The Knights lost 2-0 to Poway Friday night, but came back to beat Eastlake later that evening, 5-1. Leila Feldman '24 lit up the scoreboard with three goals. Lilian Franqui '25 and Mia Gaspar '24 each scored a goal. Emily Zhu '23 led with two assists. Erika Pfister '23, Lily Gover '24, Jackie Cosio '22 and Bella Myer '22 kept up the pressure on Eastlake and worked hard to transition the ball into our attack.

We beat Helix at 9 a.m. the next morning, 1-0. The lone score was a picture perfect goal by Yasi with an assist from ninth-grader Natalie Marvin.

In the tournament's skill tournament, Bishop's was well-represented! Maggie took first in the goalie competition among six other goalies. Lauren Forgrave '25 and Lily were first and second in the target competition. Gabby '25 and Mia Gaspar were second and third in the technical skills obstacle course.

A shout-out to the junior varsity team, who beat Rancho Bernardo's JV team 6-1 last week. Alex Pfister '25 had a hat trick. Gabby scored two goals and Laine Jeffery '25 had a goal and three assists. Macy Haro '23 and Safina Abraham '25 both stepped up to play goalie this game and their leadership shined through their energy for the team. 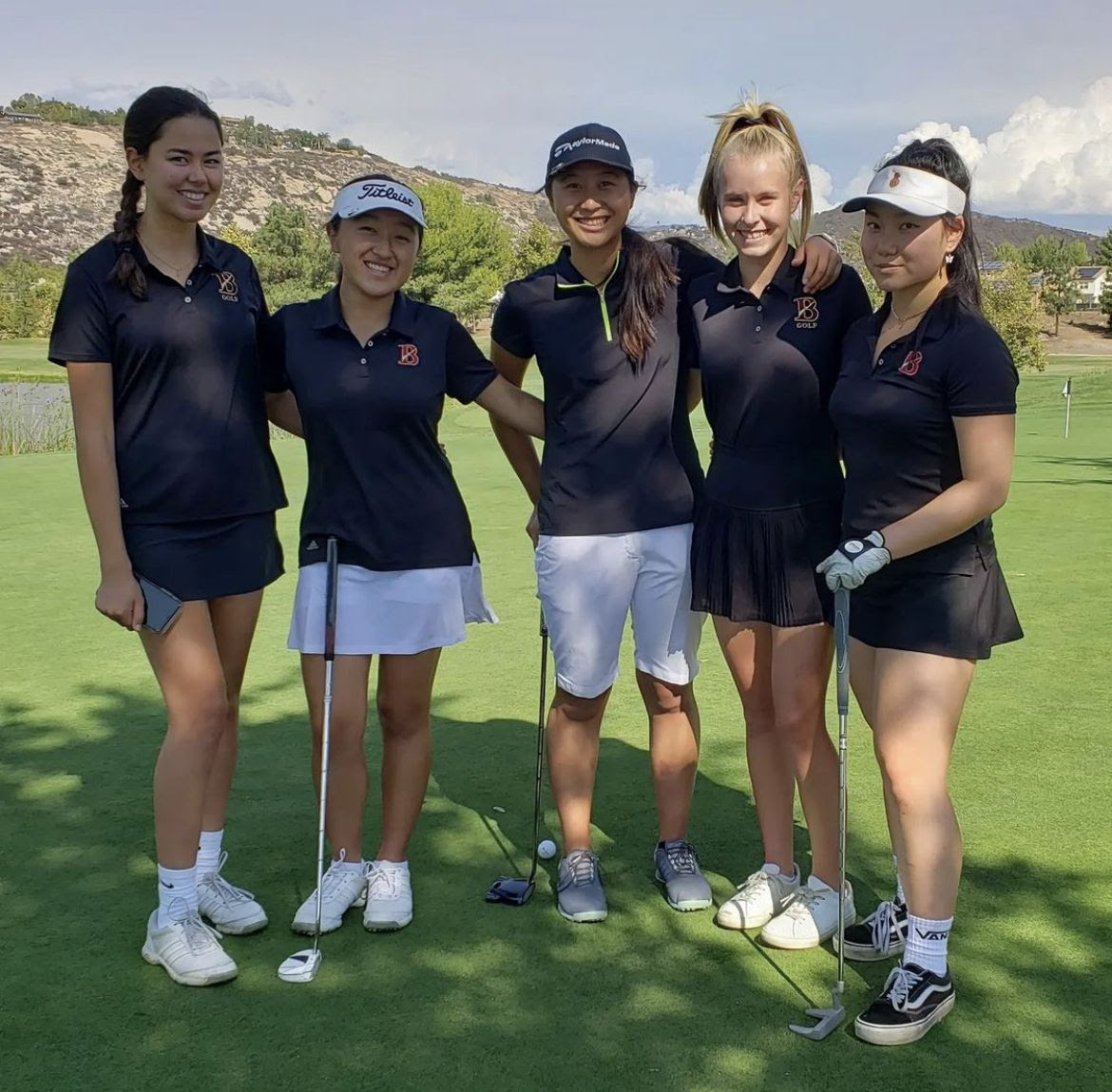 Girls' Golf traveled to Native Oaks Golf Course to play a Coastal League match against Orange Glen. The Knights came out on top, finishing with a team score of 218.

Bishop’s continues Coastal League action with a match on Thursday at Mission Trails vs. Francis Parker. Cross Country made it one race into the Coach Downey Invitational at Morley Field before the meet was rained out on Friday.

Junior Varsity Boys completed their 5k race just before the storm hit. Junior Dorien Zhang was Bishop's top finisher, running a time of 21:35 over the 3.1-mile course. After the race, the team enjoyed some chilly bonding time while huddled under the canopy during the hail storm and downpour.

Our next competition is a Coastal League meet at UCSD on October 14.